I don’t do a lot of mechanical work, because it’s usually quite menial and unenjoyable, but when it is so closely related to the configuration and setup of the engine management I sometimes make exceptions.

Enter Sam’s 911 fit with a later model motor complete with an early version of Bosch electronic injection and ignition. The vehicles of the era were plagued with the now known flawed trapdoor design air flow meter, along with not a very smart fuel algorithm.

This is planned to be remedied with the inclusion of some Jenvey ITB’s and a new ECU to control the massively upgraded intake. The first step towards maximum bort, but it involves assembly of the ITB’s, with is not a trivial ask. 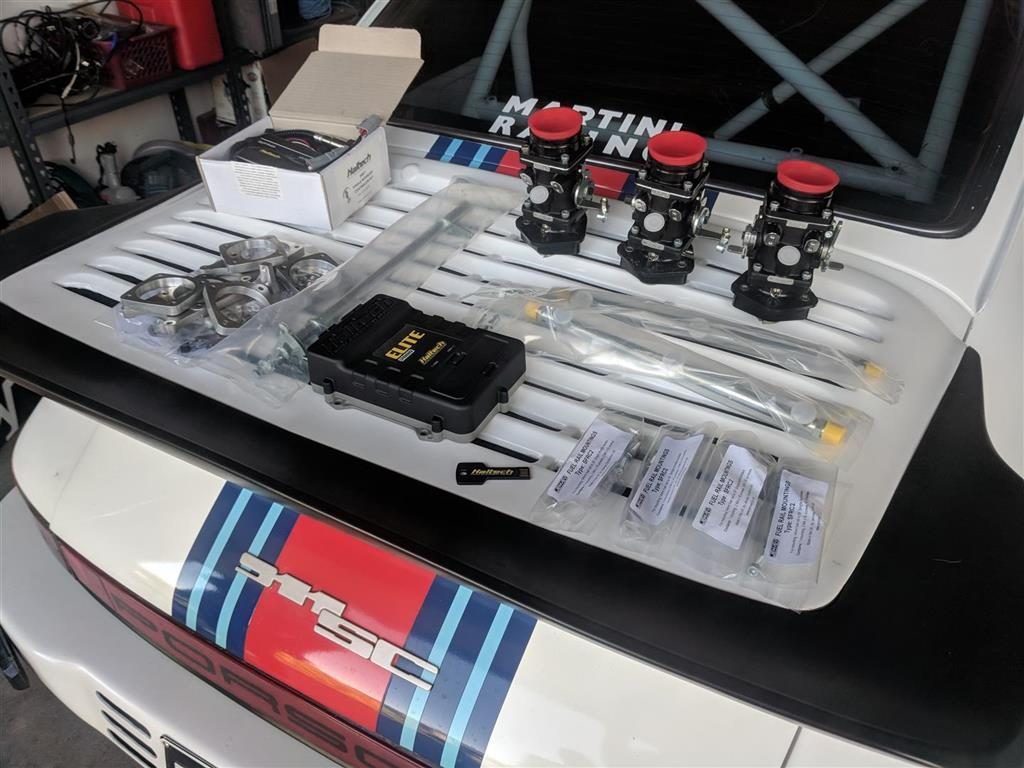 The throttle is in 3 pieces. First we bolt the generic throttle to the Porsche head flange. This is done with an O-ring seal between the two Jenvey pieces, and a square O-ring seal to the head. A small amount of medium strength high temp thread lock compound was applied to each bolt for posterity. 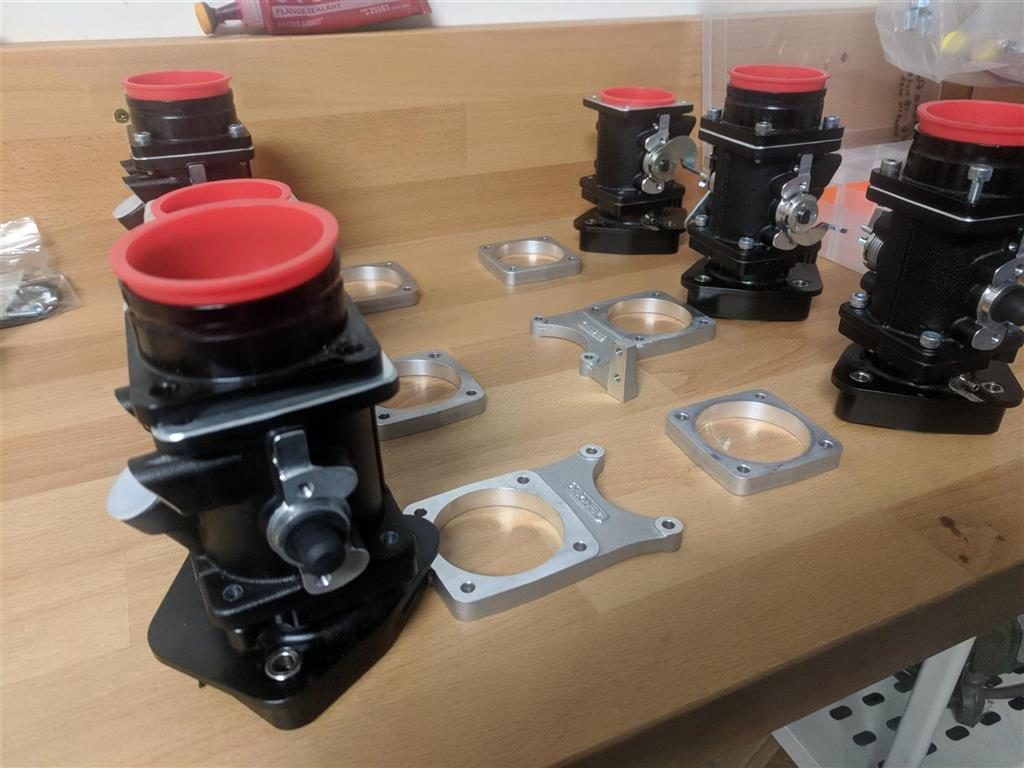 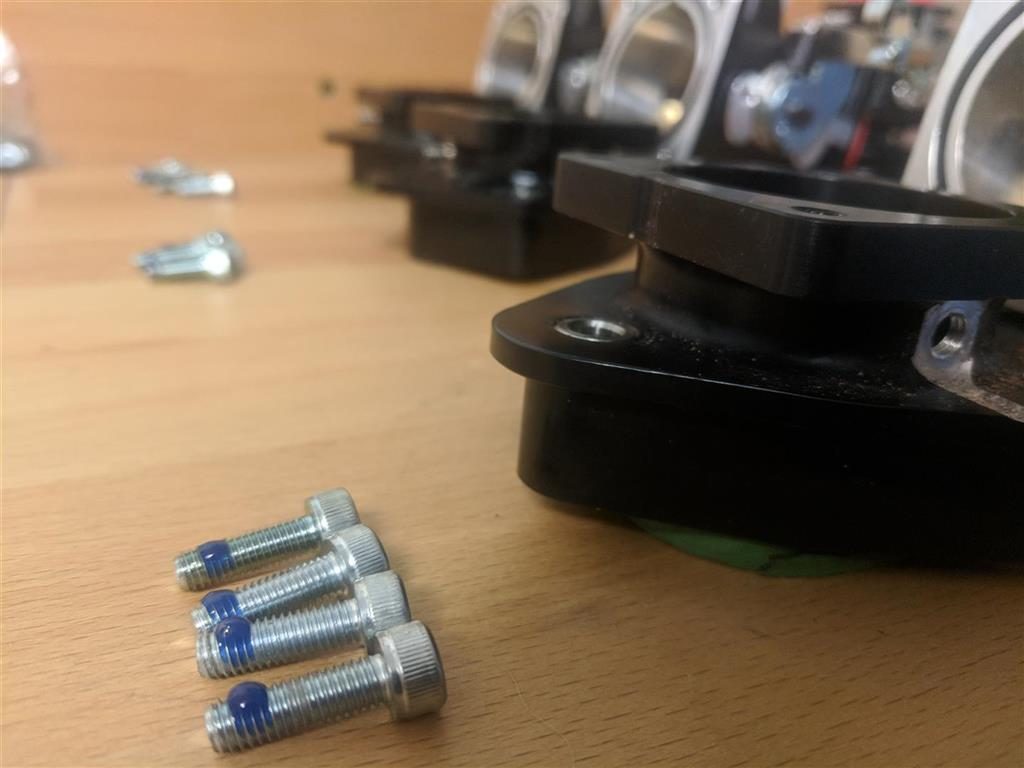 Note sexy uniform squish, and repeat 6 times while being sure you have the right throttle and bracket bolted up (each throttle unique). 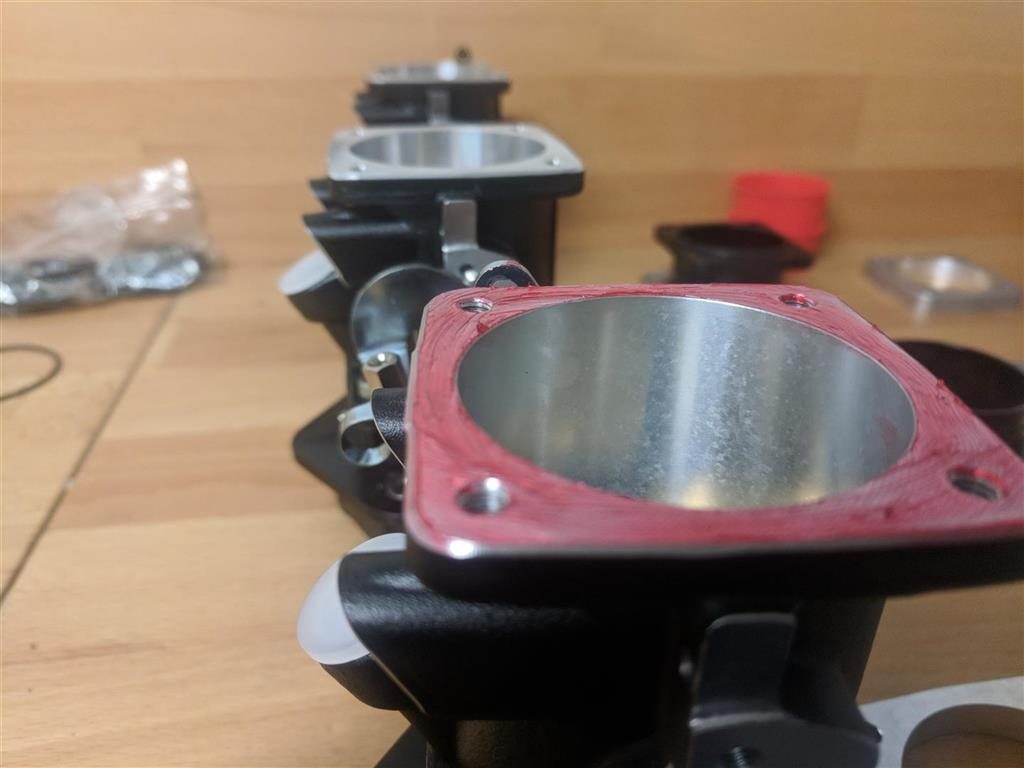 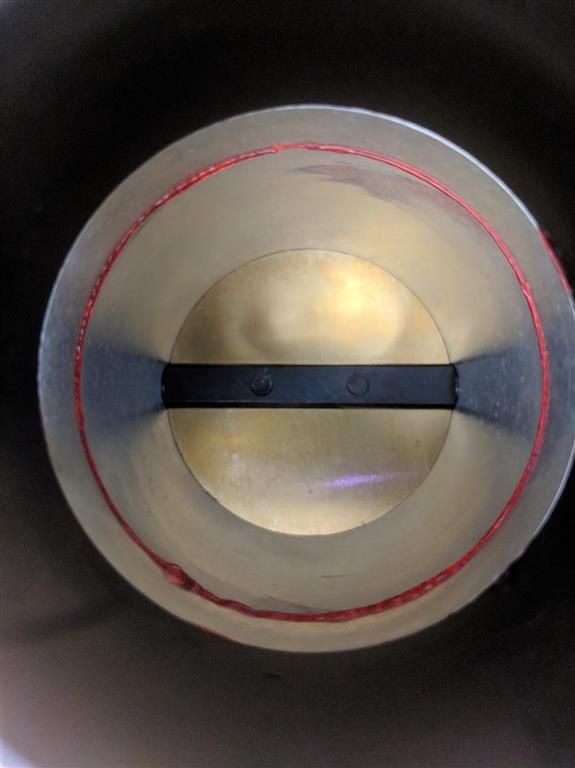 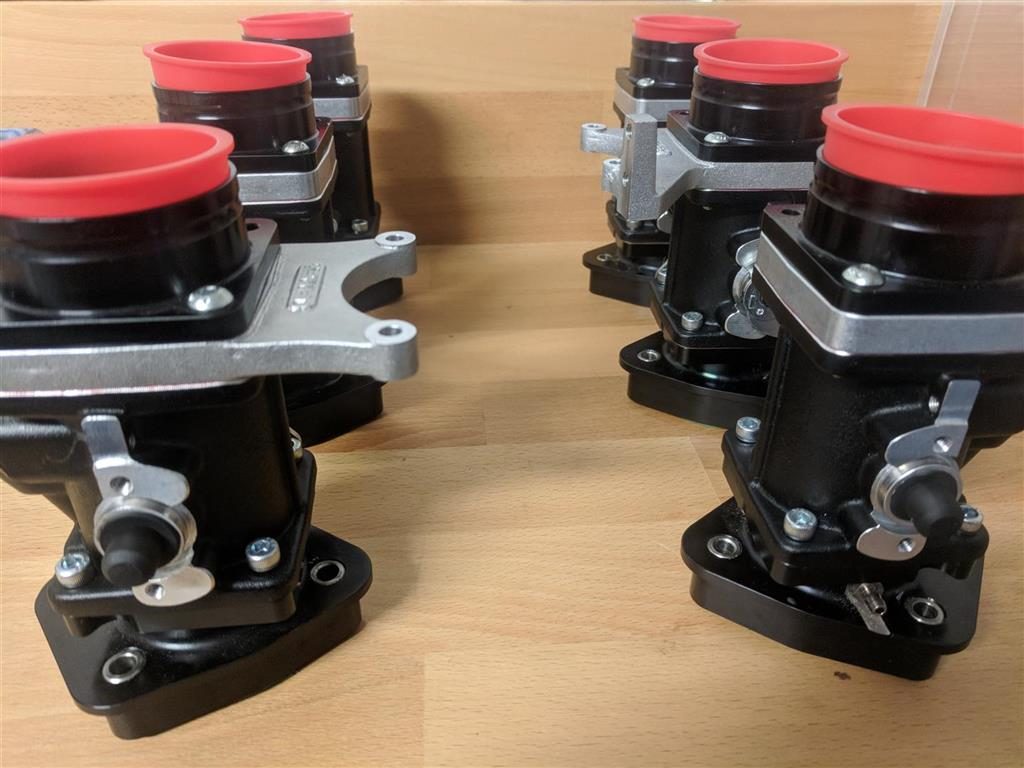 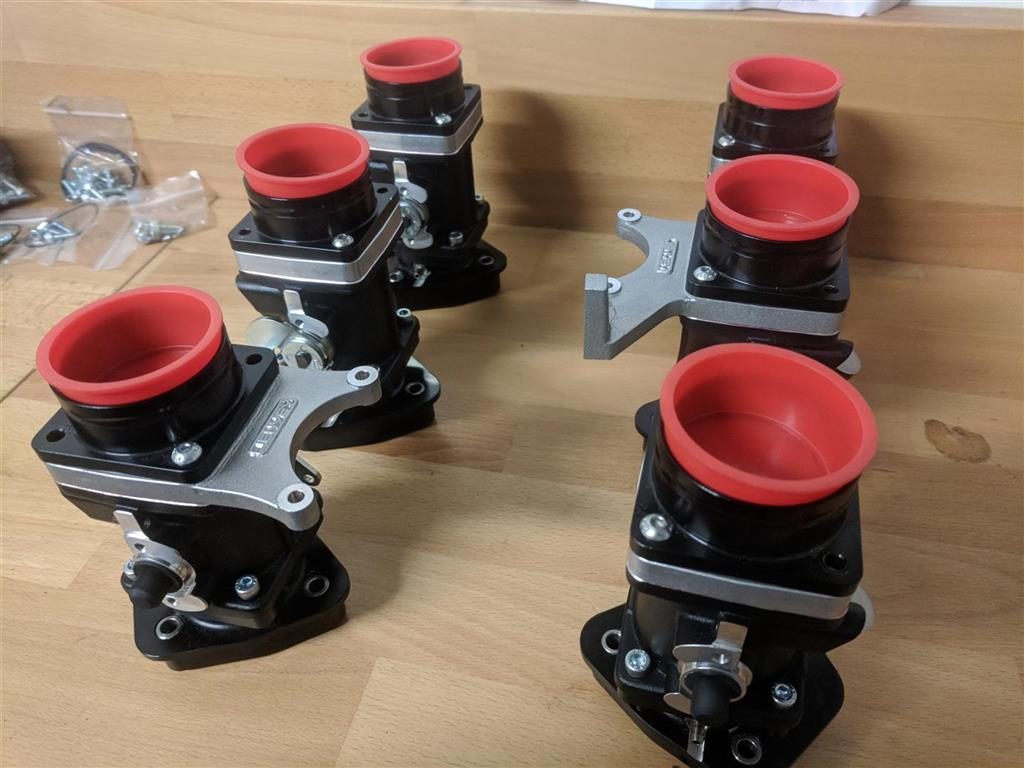 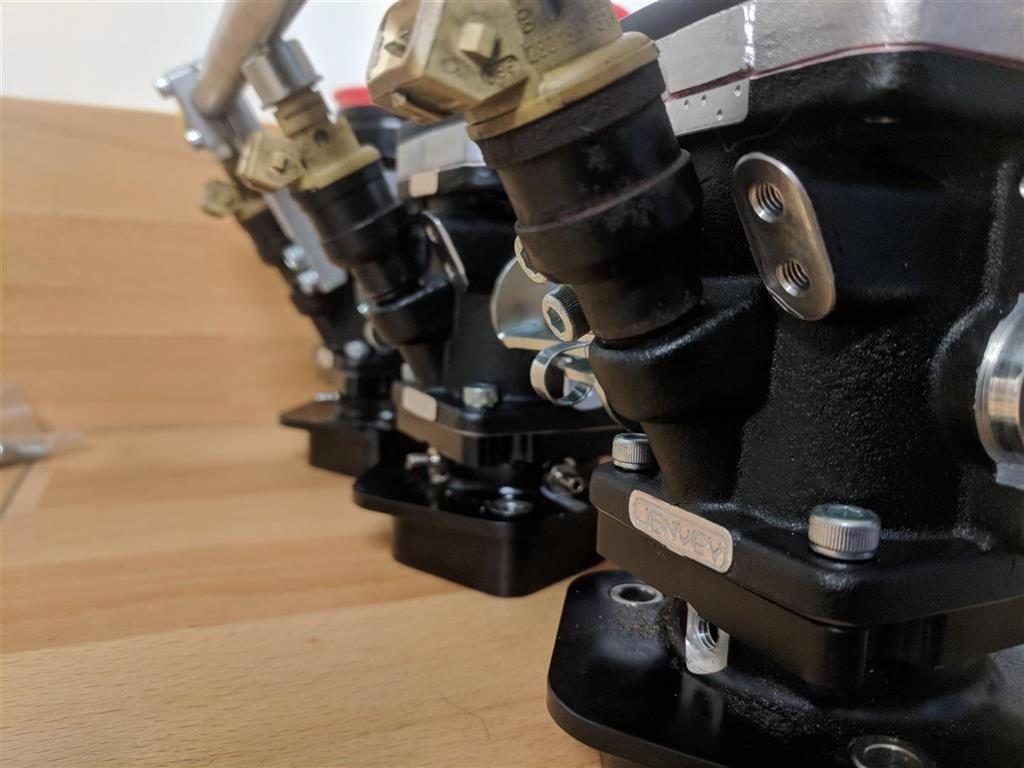 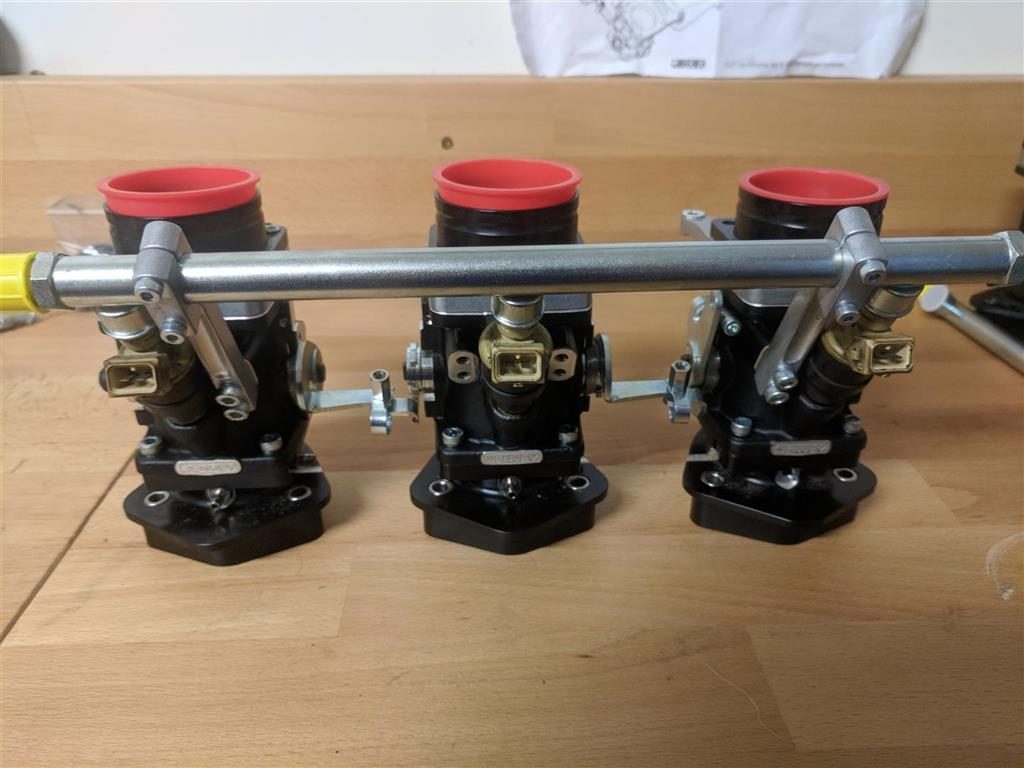 The throttle body brackets were now populated with a bunch of double ended rose joint links, pivot brackets and linkages. The quality of the kit really stands out here, with everything being tight and superbly bushed or rose jointed. 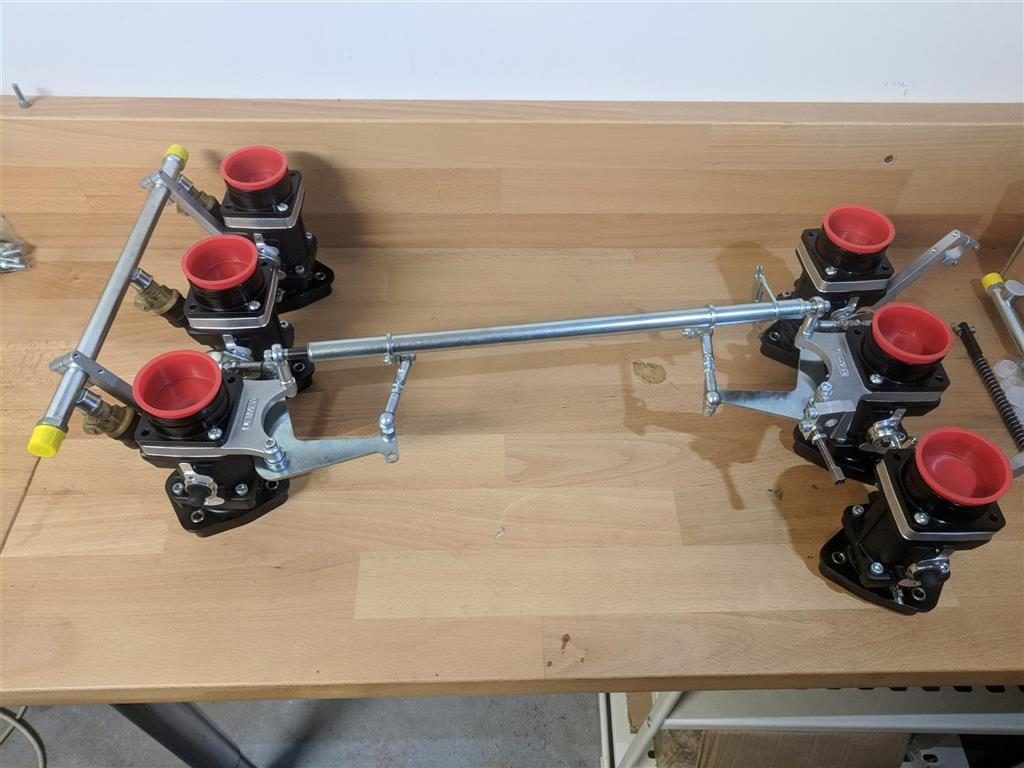